The major clans which inhabit Jammaame district includes Biimaal, Sheeqaal, Mashuunguli (Jareerweyne - along both sides of River Juba), other types of Dir Surre (because Biimaal clan considers itself as a Dir clan). There are also some people belonging to Tunni, Ogaadeen (in Dhesheeg Waamo area), and Gaal Jecel on the northwest side of the district. The Riibi clan [Ajuuraan] is a society that works in hunting and wild fruit gathering. 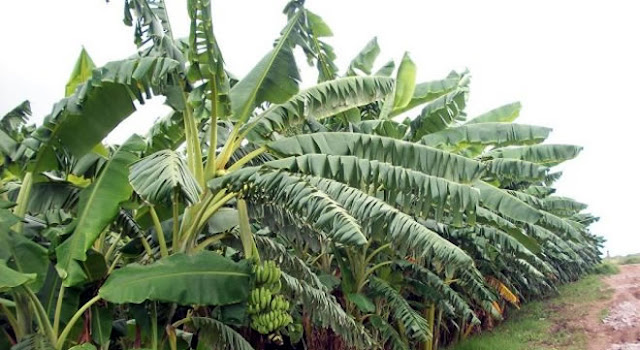 With this web-site, Jammaame is online, and its silent voice will be heard once again. Jammaamans can link up with each other again. This is a great achievement for the town that produced many Somali scholars and well-known Somali persons.

Jammaame was a famous district and it is among the districts of Lower Juba of southern Somalia. The first reason for its fame is related to the natural resources Allah has bestowed to it. Agriculture is the first reason. In the eighties, Jammaame used to produce nearly 75% f Somalia's banana production. In its best days, Jammaame had about 170 banana plantations. The district was self-sufficient in the production of maize, seseme and many types of agricultural fruits. Mango and pompelmo (grape fruit) were few of its best products.

Jammaame is about 17 km. northeast of Sanguni town where the Equator passes, and shares district borders with Jilib on the north , Afmadow on the west and Kismayo on the south. On the East is the Indian Ocean. The town is located on River Juba in its old stage, before it flows into the Indian Ocean, forming numerous meanders through the district’s rural zones. The old meanders form “dhesheegs” making the land more fertile and access to water easier. The dhesheegs are known to support agriculture in the dry season, the Jiilaal. For example, the town is between Dhesheeg Dabeel and Dhesheeg Bugey. The Dhesheeg are depressions formed thousands of years ago by the river. Dhesheegs are old river course, after which the river changed its route. In the dry season, the Dhesheegs are farmed to produce maize, sesame and sweet potato. The Dhesheeg is also a good source of river fish, particularly cat fish.

The most famous Dhesheeg is Waamo, which unites three geomorphological features: Lag Dheera, Dhesheeg and River Jubba. Lag Dheera flows from the Kenyan border through Liboi, Afmadow and finally flows into the Dhesheeg area. In rainy and wet seasons of the years, the duo (Lag Dheera and Dhesheeg Waamo) join River Juba in Jammaame area. Dhesheeg Waamo is an important resource for livestock, particularly cattle. In the dry season the Dhesheeg area becomes rich with animal forage and water is available. This combination makes livestock and herders to come together and spend the difficult Jiilaal times here.

In terms of health Jammaame town had two hospitals and one clinic. There was also Malaria and TB clinic run by UNICEF. One of the hospitals was under the auspices and operation of the Mennonite Mission, in which the doctor and the nurses were Americans and Canadians. The Mennonite Mission Hospital had a nursing school, that played a great role in capacity building of health workers in Somalia.

In terms of population, the district is one of the places in Somalia that is densely populated with its towns head to head. You do not need to walk 5 km. without passing through one town and through fields of corn, sesame or cotton. The town is on the eastern side of the river, and sandwiched between the river's alluvial plain and the sand dunes of the Deh (Deex) area. The alluvial plains are the grain -basket area, while the livestock lives and forages on the Deh. The Deh is flat area, some times with grass or thufts of grass and accacia trees dotted here and there. The more you go to the east, sand dunes will take over the landscape, and finally the Indian Ocean sea shore will appear. The banks (or Jiimo) of River Juba provides fertile farm areas for mangos, guava, sesame, corn and lemon and Pompelma.

The major clans which inhabit Jammaame district includes Biimaal, Sheeqaal, Mashuunguli (Jareerweyne - along both sides of River Juba), other types of Dir Surre (because Biimaal clan considers itself as a Dir clan). There are also some people belonging to Tunni, Ogaadeen (in Dhesheeg Waamo area), and Gaal Jecel on the northwest side of the district. The Riibi clan [Ajuuraan] is a society that works in hunting and wild fruit gathering. For more than a century, Jammaamans practised equal opportunities, inclusion and hospitality to the Koyto people (new arrivals), people from different parts of Somalia attracted by the agricultural wealth of the town. Examples of the Koyto people consisted of Majeerteen, Awrtable, Habar Gidir, and various Hawiyye tribes (Hiraab) that settled and inhabited Jammaame and its surrounding for more than a century. The new arrivals from provinces north of Mogadishu were called Galti. Those who lived for more than a generation were considered not to be Galtis.

In addition to agriculture, Jammaame had some factories: two ginneries, separating cotton from its seeds. One of the ginnery was at Societa Roman at Buulo Eeji, and the other one was at Siisi. The third factory was the packing factory at Araare, before the road from Jammaame to Kismaayo crosses River Juba at Araare Bridge. Juba Sugar Factory (in Jilib District), was nearer to Jammaame than Jilib, gave Jammaamans lots of employment opportunity.

The last day I was in Jammaame was in 1983, when I went there to fetch my ailing father for hospitalization in Mogadishu. My father was buried in Kamsuuma, in Jammaame District. It is long time ago since I lived and grew up in this district, and what I keep today is only memories and reflections from the past. These reflections from the past are becoming more vivid day after day due to nostalgia.

I wonder how Jammaame is at present, and whether some of my old friends from the Dugsi Time live there. I wonder whether my friends Ibrahim Gurey, Darbaweyne, Mohamed Ali Muumin and many others still live there! I know that many of classmates and friends currently reside in North America, Europe and the Middle East.

From a Jammaaman who keeps Jammaame in his heart and lives and strengthened by its memory and who is looking forward to the days of going back to the roots!

Posted by DIRSAME at 1:40 AM No comments: