Ahmed Hassan Gabobe is a Somali politician. He belongs to the Bimal subclan of the Dir. He is the Minister of Justice and Religious Affairs of Somalia, having been appointed to the position on 27 January 2015 by Prime Minister Omar Abdirashid Ali Sharmarke.[1]

Nominated Ministers and Their Clans

Prime Minister Omar Abdirashid has named 20 new crop ministers last night, here we publish their names along with their clans.


There are 4 major clans and half in the Somali power sharing system, they are Dir, Darod, Digil & Mirifle , Hawiye and Others (0.5)


Somalia: Information on the Gadsan clan, including history, cultural practices, locations, occupations and position in the clan hierarchy; relationship with other clans, authorities and Al Shabaab (2015-December 2017)
Research Directorate, Immigration and Refugee Board of Canada, Ottawa

1. Position of the Gadsan Clan in the Clan Hierarchy

2. Locations of the Gadsan Clan

In his paper, Ambroso indicates that the Gadsan clan is found in southern Somalia and in eastern Ethiopia (Ambroso 2002, 6, 69).
Sources indicate that the Gadsan clan in Somalia is found in the Gedo region (Gutale 2008, 78; CRD May 2004, 15; Sharamo 2012, 198), a southwestern Somali region that borders Kenya and Ethiopia (Sharamo 2012, 198). Sources indicate that the Gedo region is also inhabited by the Marehan and Ogaden sub-clans of the Darood, the Dagodi [Degodia], the Ajuran and the Bantu sub-clan of the Jarer [Jareer] (CRD May 2004, 15; Sharamo 2012, 198). In his doctoral dissertation on politics and struggles of peacemaking in Somalia, submitted in 2012 to the Graduate Faculty of George Mason University, Roba D. Sharamo [4] explains that the Gedo region is
[q]uite a volatile region [and that] the major challenges to the peace and stability [of the region] were due to insecurity, rivalry and power struggles between SNF [Somalia National Front]/SRRC [Somali Reconstruction and Restoration Council] (that controlled the Luuq, Dolow and Beledhawa [d]istricts) and SNF (that controlled the El-Wak, Bardera, Burdubo and Gerbeharu [d]istricts); and external conflicts with RRA [Rahanweyn Resistance Army]/SRRC from the Bardeere [d]istricts. The region also experienced frequent communal clashes because of competition over the use of pasturelands. (Sharamo 2012, 198)
Corroborating information could not be found among the sources consulted by the Research Directorate within the time constraints of this Response.
A 2016 document on famine in Somalia published by the Feinstein International Center, a research and teaching centre at Tufts University that promotes the use of evidence and learning in operational and policy responses to protect people affected by humanitarian crises (Tufts University n.d.), quotes a farmer from the Jamame district, in the south of the Jubba [Juba] valley, as stating that there are about 700 families in his village who belong to various clans, "[t]he largest [being] the Biyomaal followed by the Darood (Majerteen and Ogaden) and the Gaadsan" (Feinstein International Center Jan. 2016, 8, 30). Similarly, according to a 2012 draft document on community reconciliation in the Somali Gedo and Jubba regions, written by the Somalia NGO Consortium, an association of NGOs that acts as a "coordinated voice" for local and international NGOs invested in development and humanitarian work in Somalia (Somalia NGO Consortium n.d.), the Gadsan clan is present in the Lower Jubba region in Somalia (Somalia NGO Consortium 29 Mar. 2012, 6).
According to a 2017 report on clans in Somalia, prepared by the International Business & Technical Consultants, Inc. (IBTCI), "an international development consulting company" (IBTCI n.d.), and submitted to the United States Agency for International Development (USAID), the Gadsan clan also inhabits the Bakool region in Somalia, specifically the Rabdhure district (IBTCI 20 Sept. 2017, 56). The same source states that the Bakool region is also inhabited by, among others, the Rahanweyne [Rahanweyn] clan, the "Ogden's Aulihan," Reer Afgab sub-clans, Buurashadley, the Aulihan and the Jejele clan (IBTCI 20 Sept. 2017, 56). According to a 2001 report by the UN, the Gadsan clan also live in the Raaso [Rasso, Raso] region in Ethiopia (UN 29 May 2001, 13). Corroborating information could not be found among the sources consulted by the Research Directorate within the time constraints of this Response.

3. Employment and Occupations of the Gadsan Clan

In a 1999 book on pastoralism and politics in Somalia, Ioan Myrddin Lewis, a former professor at the London School of Economics and Political Sciences who specialised in Somali Studies (WardheerNews.com 3 June 2014), indicates that the Gadsan clan is of a religious or priestly lineage of Somali descent (Lewis 1999, 224). The same source explains that priestly lineages in Somalia are "nominally 'men of God,' possessed of blessing by definition, rather than necessarily learned in the Shariah" (Lewis 1999, 224). According to the same source, clans that are of priestly lineages, such as the Gadsan clan, have a higher proportion of sheikhs [Arab chiefs] than "other 'warrior' lineages and clans" (Lewis 1999, 224).
In a 2000 paper on castes and minorities in Somalia, Mohamed Mohamed-Abdi, while he was an anthropologist at the French National Research Institute for Sustainable Development (IRD), explains that the Gadsan clan, along with the Dir clan, belongs to the waranle cast, the members of which [translation] "are holder[s] of land and of water supplies," are "in general" nomadic pastors, and breed dromedaries, cattle, goats and sheep (Mohamed-Abdi 2000, 135). The same source further explains that, among the clans belonging to waranle, some, including the Gadsan, assume religious functions (Mohamed-Abdi 2000, 135).
Information on the history and cultural practices of the Gadsan clan could not be found among the sources consulted by the Research Directorate within the time constraints of this Response.

4. Treatment of the Gadsan Clan and Relations to Other Somali Actors

According to the Armed Conflict Location & Event Data Project (ACLED), a project that collects data on "the dates and locations of all reported political violence and protest event in over 60 developing countries in Africa and Asia" (ACLED n.d.), the Gadsan clan has been involved in the following incidents of "non-state armed conflicts":
Corroborating information could not be found among the sources consulted by the Research Directorate within the time constraints of this Response.

Information on the Gadsan clan's relationship with Somali authorities was scarce among the sources consulted by the Research Directorate within the time constraints of this Response.
Sources report that, in 2015, Ahmed Hassan Gabobe, was named Minister of Justice and Religious Affairs (Waagacusub Media 29 Jan. 2015) or Minister for Endowment and Religious Affairs (WardheerNews.com 28 Jan. 2015). The webpage of Somalia's Ministry of Agriculture and Livestock indicates that Gabobe is currently the Somali minister of agriculture (Somalia n.d.).
According to a 2015 article by Waagacusub Media, a source of "independent news and information in East Africa" (Waagacusub Media n.d.b), based in the Netherlands (Waagacusub Media n.d.a), Gabobe belongs to the Gadsan clan (Waagacusub Media 29 Jan. 2015). The same source states that Gabobe is a former "[i]slamist [e]xtremist and a member of the Cancelled Islamic Union Court" (Waagacusub Media 29 Jan. 2015). According to the same source, Gabobe is "linked [to] participating in fights in Defow, Kabhanley and Lower Shabelle" (Waagacusub Media 29 Jan. 2015). Corroborating information could not be found among the sources consulted by the Research Directorate within the time constraints of this Response.
This Response was prepared after researching publicly accessible information currently available to the Research Directorate within time constraints. This Response is not, and does not purport to be, conclusive as to the merit of any particular claim for refugee protection. Please find below the list of sources consulted in researching this Information Request.
Notes
[1] A 2011 article written by Abdi Ismail Samatar, a professor at the University of Minnesota who specializes in Somalia and in the relationship between democracy and development (University of Minnesota n.d.), indicates that the Digil and the Rahanweyne are also among the largest clans in Somalia (Samatar Mar. 2011, 50).
[2] The ITPCM, a part of the Institute of Law, Politics and Development, an interdisciplinary research centre on law, economics and political science of the Sant'Anna School of Advanced Studies (Sant'Anna n.d.a), is an organization that helps "enhance international expertise for the peaceful management of conflicts" and "contributes to the development of political, socio-economic and cultural strategies for lasting peace" (Sant'Anna n.d.b).
[3] The ASCL is a "knowledge institute that undertakes research and is involved in teaching about Africa and aims to promote better understanding of and insight into historical, current and future developments in Africa" (ASCL n.d.b).
[4] Roba D. Sharamo is a Commissioner at the National Cohesion and Integration Commission (NCIC) of the Republic of Kenya who "has over 16 years of experience in international development, diplomacy and conflict analysis and resolution (George Mason University n.d.).

The Bimaal or Bimal, official name: Jamal, (Somali: Biimaal, Beesha Biimaal, Jamal, or Beesha Jamal, Arabic: بنو جمال, بنو بيمال‎) is one of the sub-clans of the major Dir clan family. This clan is widely known for leading a resistance against the colonials in southern Somalia for decades which can be compared to the war of the Sayyid in northern Somalia.[1] [2] [3]  The Biimaal mainly lives in Southern Somalia, the Somali region of Ethiopia, which their Gaadsen sub-clan mainly inhabits and in the NEP region of Kenya.[4] [5]

The Bimal are the dominant clan in Lower Shabelle and make up the majority, but they also live in the NEP region of Kenya and especially in large numbers inhabit the Somali region of Ethiopia. The Bimal a belicose clan that was known for their struggle and long resistance against the Italians. The Bimal formed their own organization during the war, the Southern Somali National Movement (SSNM), which name is derived and inspired by the Somali National Movement, which the Bimal also gave their support and funding too. Formally allied with Aideed, the chairmain of the SSNM, Colonel Abdi Warsame in 1993 broke with General Aideed and took part of the SSNM with him when he aligned himself with Ali Mahdi.[6] [7]

Merca was established in the 7th century by the Bimaal clan. The first Somalis arrived in the city in the 6th century and gained control of the city and trade of the region.[15]  The Bimaal are pastoralists. They were also successful merchants and traders in the 19th century.[16]  The Bimaal have proved in the past to be a bellicose clan, not only against their neighbours, but also against Italian colonial encroachment.[17]  More than a century ago they had engaged in multiple wars with the Geledi clan. The Bimaal violently resisted the imposition of colonialism fought against the Italian colonialists in a twenty-year war known as the Bimaal revolt in which many of their warriors assassinated several Italian governors.[16] [18] 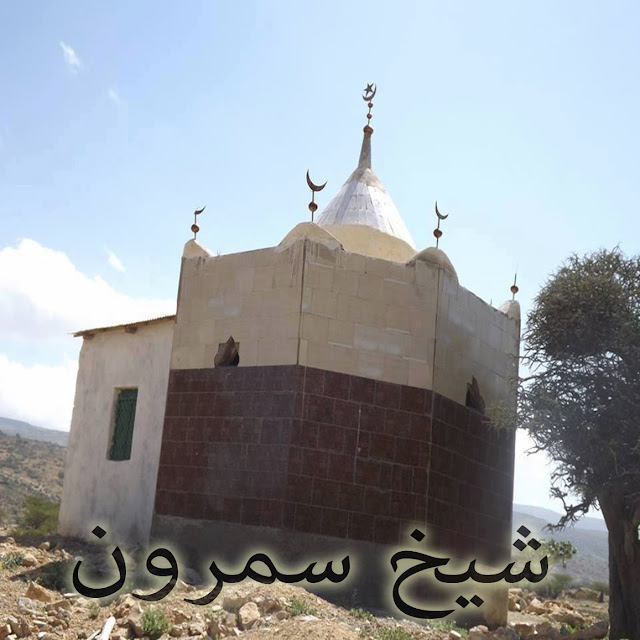 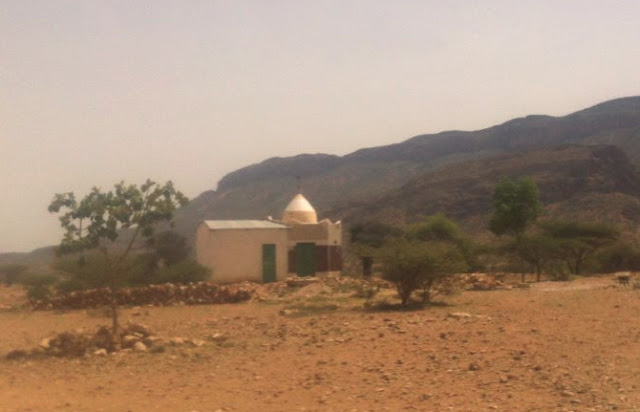 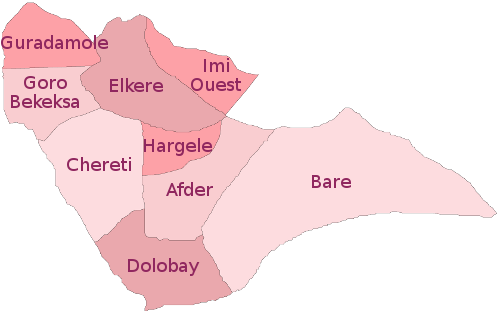 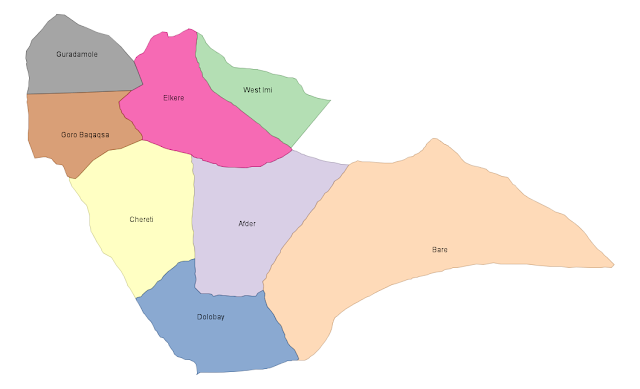