Al-shabab destroys a grave of another famous cleric

(TF.SF) – Al-shabab have destroyed the grave of another famous Somali cleric Mo’alin Mohamed better known as (Biyo Mallow) in in , official said on Thursday.More forces of Harakat Al-shabab Mujahideen with high officials had cordoned at mosque in Hawl-wadag district in on Thursday morning and started wiping out the grave of Mo’allin Mohamed “Biyo Mallow” who was buried in the mosque earlier.Sheik Sa’id Karatay, an Al-shabab told reporters that it was their third day continuing demolishing operations of cemeteries in saying that they had wiped out seven burial grounds including the one of Mo’allin Biyo Mallow.
Several graves of famous Somali clerics including Sheik Mohudin Eli, Sheik Aden Dere, Moalin Biyo Malow and more other cemeteries were all destroyed in over the past two days by the Islamist Al-shabab and the official said lastly that they would continue their operations to demolish all such cemeteries in Somali capital Mogadishu. 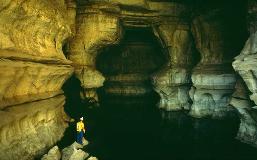 The moderate practices of Sufi Muslims have made a comeback in areas recently liberated from al-Shabaab, which for years destroyed and looted Sufi religious sites.

"Sufism is not dead and its existence as an Islamic system that is not involved in violence and terrorism is not over. We are primarily concerned with mysticism, asceticism and devotion to the one God. We have no interest in being involved in politics or government," Eli said.

ASWJ Sheikh Mohamed Sheikh Ali Moalim told Sabahi that Sufis were the first to implement sharia law in Somalia. The radicals, on the other hand, are implementing their own principles that revolve around terrorising innocent journalists, clerics and intellectuals.

Moalim called on Sufi groups, associations and communities around the world to help Sufi religious scholars in Somalia plant the seeds of peace among Somali factions to extinguish the flames of war that have destroyed the lives of hundreds of thousands of Somalis, and to help resuscitate the role of national reconciliation in maintaining security, stability and mutual respect.

"Sufism means isolation and freedom to devote oneself to religion and guidance, as well as encouraging charity, tolerance and peace," he said. "Sufism does not mean taking up arms or striking a political deal. Our aim is to proselytise the correct form of Islam, teach science, feed the needy, orphans and widows, build mosques and schools, and dig water wells."

Nasteha Ali Ibrahim, a Mogadishu resident of Karan District, told Sabahi that al-Shabaab was oppressive and did not allow Sufi Muslims to freely practice their beliefs. Sufi religious schools in areas under their control were closed and rituals prohibited, she said.

"Sufis in Mogadishu can now freely practice their religion," Ibrahim said. "There are no worries about al-Shabaab, they have become weak and religious scholars who had left the city due to the insecurity are now returning".

Abdiwahab Sharif, a resident of Basra village, 17 kilometres north of Afgoye, said that since the village was liberated, Sufis have been able to freely practice their rituals once again.

Al-Shabaab exhumed Sufi remains, destroyed mosques
Basra is the burial site of the late Sufi Sheikh Hassan Moalim Mumin, one of the prominent figures of Somali Sufism. Since his death, followers from as far as Lower Shabelle Region came to his burial site every year to pay their respects, pray and give charity in his honour.

In 2009, a band of al-Shabaab militants attacked the burial site and adjacent mosque. Fighters opened fire as followers paid their respects, killing three civilians and arresting several others. The facility was shut down and services were suspended until recently when allied forces took control of the area, according to Sheikh Abdirahim Sheikh Hassan Moalim, the son of the late imam.

In a series of similar attacks in 2010, al-Shabaab looted and destroyed Sufi mosques and exhumed the remains of Sufi clerics from gravesites in Marka, Helgan, Adele, Eel Dheer Jilib and Kismayo.

Ahlu Sunna wal Jamaa (ASWJ) leader Sheikh Sharif Sheikh Muhyadiin Eli said he was deeply saddened by the destruction of the mosque his father built in Karan District in Mogadishu.

In March 2010, al-Shabaab militants attacked the Sheikh Muhyadiin Eli mosque, destroyed the gravesite, exhumed the sheikh's remains and threw them in the trash, the ASWJ leader told Sabahi. The militants then stole property belonging to his late father and burned all the Sufi literature and books at the site before leaving.

He said this was an act of vandalism, contradictory to the principles of Islamic sharia, which prohibits exhuming the remains of Muslims.

"The al-Qaeda-affiliated al-Shabaab is nothing but a band of haruriya and modern-day kharijites," he told Sabahi.

"The leaders of such groups are takfiris who kill anyone who opposes their strict ideology. But now, they are at the end of the line after they have sanctioned the killing of Somalis," he said.

Eli said al-Shabaab and its followers also use women and children as human shields in its militant operations. Adolescents and elderly citizens have been forcibly recruited by the group to commit violence against other civilians, he said.

The Muslim ummah is an unique ummah among the whole of mankind:

Posted by DIRSAME at 8:18 PM No comments: